Hey guys, here we will share best screen recording apps for Android. Android is the best alternative of PC. Now we don’t need o use our PC for some small works because they can easily done by our Android mobile. Like we can play games, listen music, surf Internet, use Social networking sites on our Android. Even we can’t able to use our PC when we are out of city or town, but it is able to do that work through out Android phone anywhere. Android is the device which we never forget at home :p . We can also able to record our Screen for making videos on our Android same like PC or Computer. Many YouTubers make Tech videos through their PC and Android. If you want to make any Android tutorial, then you must learn about How to record screen in Android. 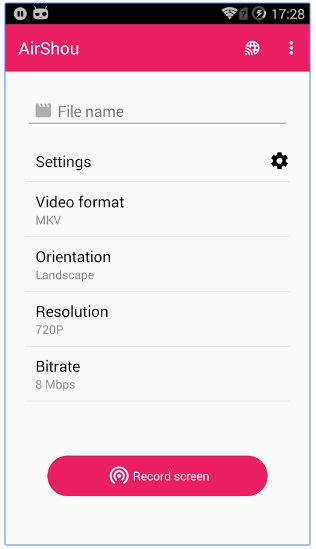 AirShou is one of the most popular and best Screen Recorder App for Android phones. It works without root on Lollipop, Marshmallow and Nougat version devices. On remaining Android versions, it need root permission to run. You can make how much long video as you want without any watermark on it. Start or Stop you recording in a single click using this application. There is no need to pay any amount or don’t buy any premium screen recorder when you have AirShou which is providing its best services without any cost. It works on Android 4.1+ (Rooted) and on 5.0+ versions (without Root). 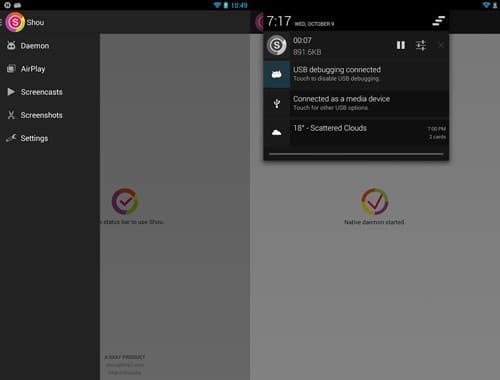 Shou is one of the top best screen recorder app for android devices. It provides so many features for recording your Android screen. It have many special features that are unique and can’t available in other screen recorder apps. Shou gives you screen recording with stereo sound, mirror your device screen to any Miracast or Airplay enabled devices, means you can record videos by describing them with your own voice. It have one more awesome feature, you can take screenshots on your Android just by shaking it. It is available on Google play store for download. 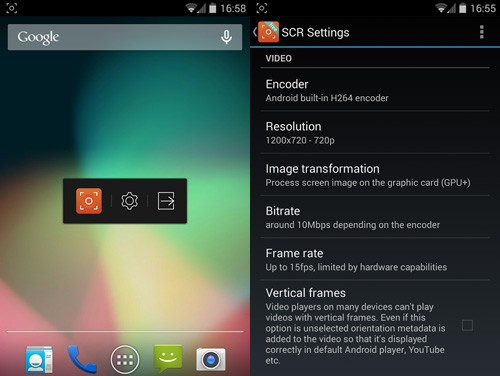 It is the best free screen recorder app for android mobile. It allows you to record your device screen for 3 minutes. SCR Screen Recorder app don’t have any separate interface, it only provides 3 buttons on home screen, one is for recording, another for app settings and last one to exit the app. Once you start your recording, these 3 buttons will appear automatically in right side, but don’t worry that buttons can’t visible in your video :p . It is best free screen recorder app for making small videos. It is available on Google play store for free. 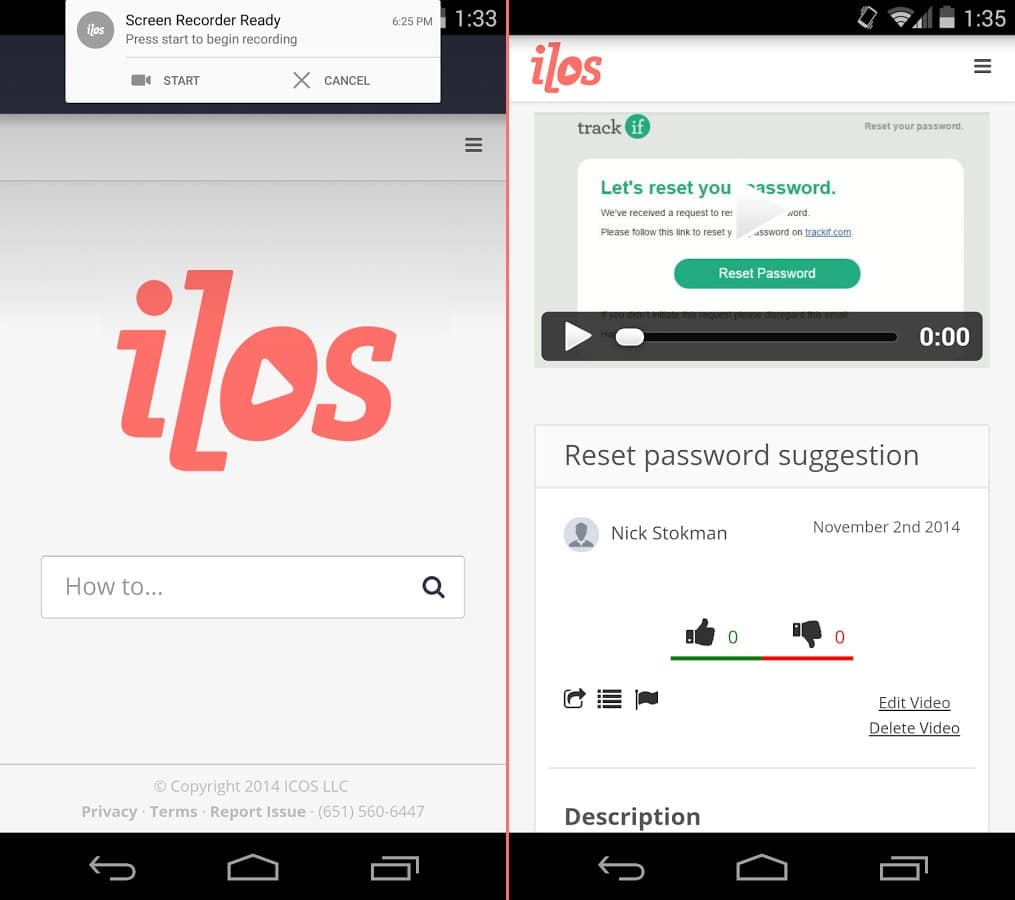 It is the different top screen recorder app for android phone which have some special features than other screen recorder apps. In iLos screen recorder, you can record Android screen in different resolution including 1280×720 and 1920×1080 pixels at 30 frames per second. On opening iLos app on your device, it will only show you two buttons on the top one is for Start recording and another one is for Stop recording. By iLos app you can record unlimited videos with no time limit. Once your record your video, you can access your screencasts from app folder. It is available on Google play store for download. 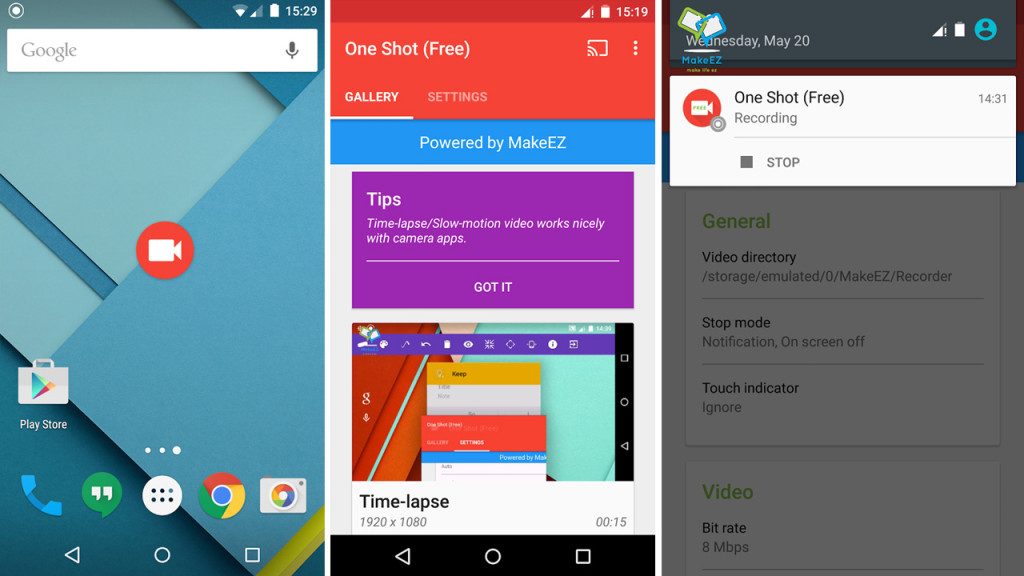 One shot screen recorder is the simplest screen recorder app for android. As you can learn from its name One Shot, means it can record your videos in a single click and it have simple interface for users. It can record your video in just 4 easy steps. The process aims to keep it easy to use over other options and it does fairly well at it. It is the premium screen recorder app, it also provides free trial version but in free version it show Watermark on your videos. In premium version it can’t show any Watermark or any other sign on your videos. It is available for download on Google play store. 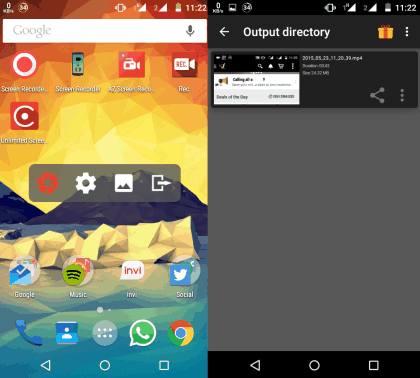